Working with VideoMode in the Web Editor

Easily adjust and optimize the path recorded with HoloBuilder VideoMode BETA to have the best possible documentation.

Written by Sepehr Rezai
Updated over a week ago

VideoMode BETA is a capturing method that allows you to simply walk the jobsite while your 360° camera captures the site, without you having to take each photo individually. Simply set up the VideoMode on the JobWalk App, locate yourself on the floor plan and VideoMode takes care of the rest.

The VideoMode feature analyzes the captured 360° video and automatically organizes the corresponding 360° photos on your floor plan, creating a dense net of documentation.

Learn how to capture with VideoMode BETA in the JobWalk app

How to work with VideoMode BETA in the Web Editor

If you already captured one or multiple walks in HoloBuilder using VideoMode BETA (learn how to here), you can do some more adjustments to these and review them in the HoloBuilder Web Editor.

Once the upload of your VideoMode BETA tour is finished, your video is processed to create your waypoints for the identified 360 views of your recorded path on the sheet and connect the 360 images to an interactive tour.

To correct possibly misplaced waypoints or paths of your recorded walk with VideoMode BETA, follow the below steps:

When capturing and uploading new 360 images using VideoMode BETA, all related 360 images will automatically get tagged with 2 predefined categories by the system:

Based on this, you are able to filter the VideoMode scenes by using the filter options. This will allow you to only show the images of a selected path uploaded with the corresponding category.

The filtering works the exact same way as the basic HoloBuilder categories and filters by opening the filter settings and (de)selecting any filters as needed - learn more on how to use these here.

Learn more on how to use categories and filters in general 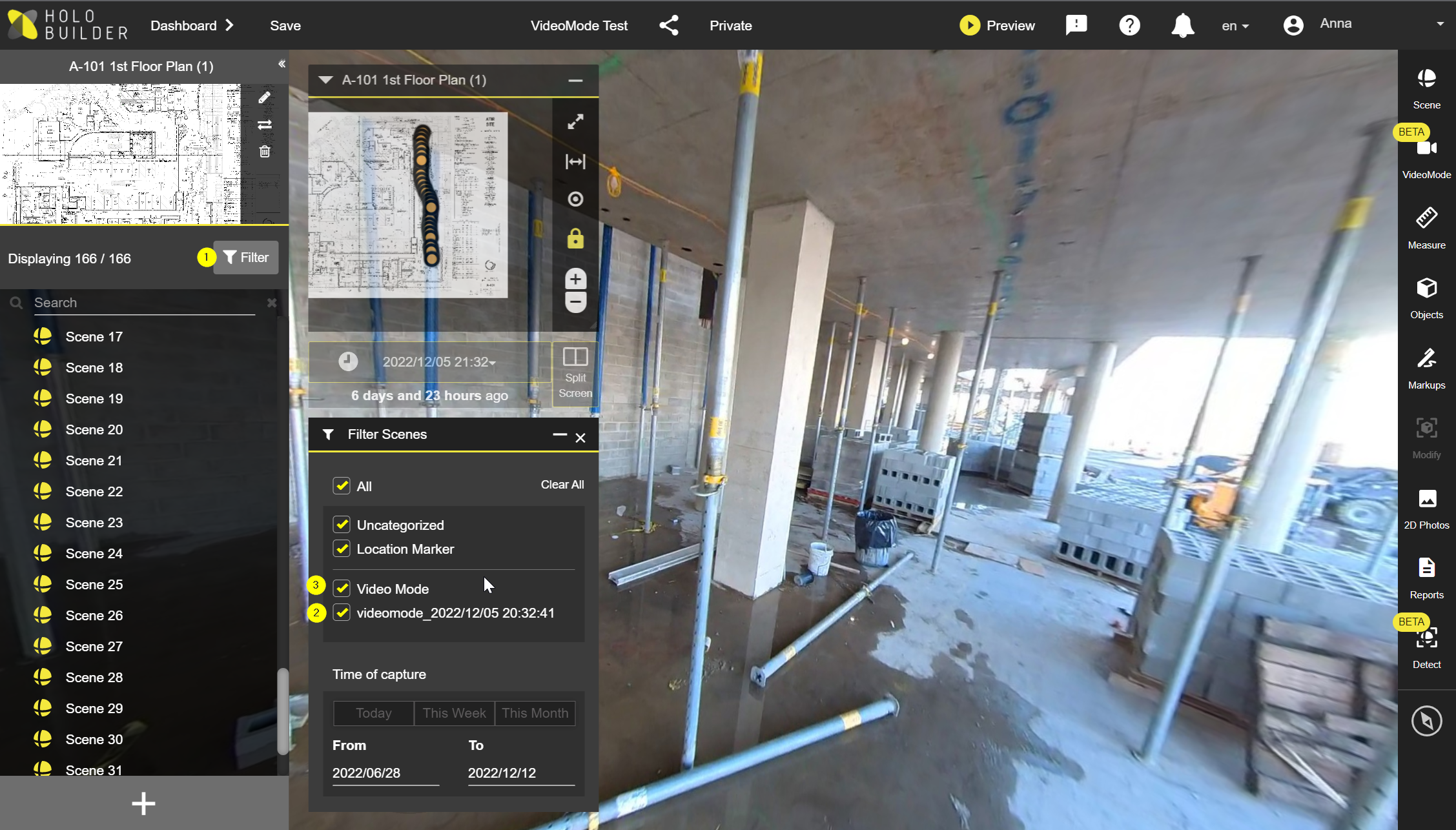 With VideoMode BETA, all 360 images of your path are automatically linked to it's previous and next capture to easily move along the path you walked while recording.

The links will show up as an arrow in your 360 images facing the direction your next/previous 360 image is located.

You are able to move between the scenes by clicking on the Go to Scene Action Object on the scene.

Interacting with the arrows to switch to the next or previous image is only possible in the viewing mode and not directly in the editing mode. If you are currently editing your project, switch to the preview to test the links. 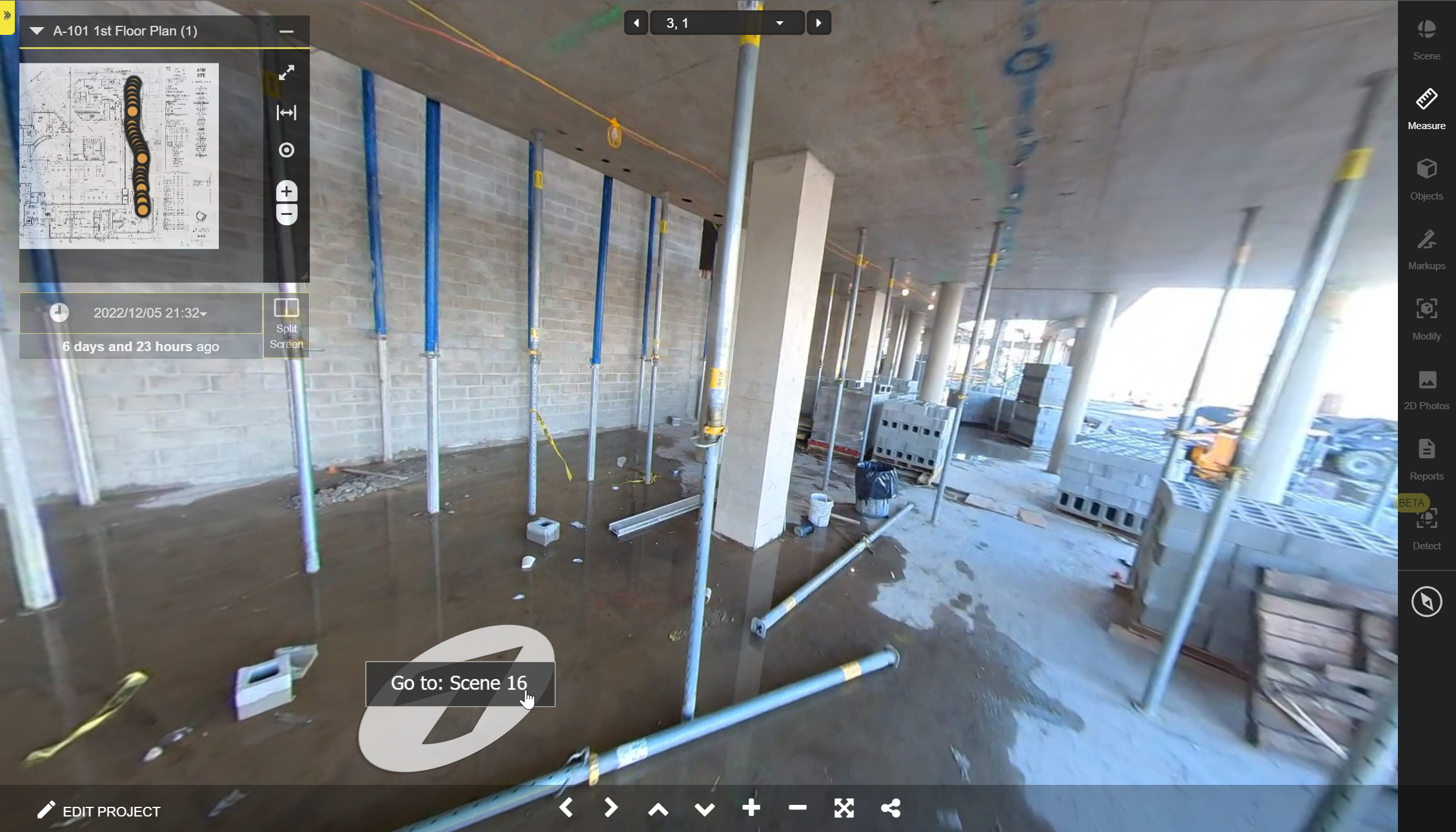 You can always reach us via email at support@holobuilder.com, use the live chat feature in the bottom right corner or simply contact your go-to HoloBuilder representative.

How to use VideoMode in HoloBuilder - An overview
Did this answer your question?