Sometimes photos are not perfectly aligned during creation depending on the positioning of the camera. Learn how to fix this in HoloBuilder.

Correct the calibration of your any time after uploading it to HoloBuilder with controls as easily as in a flight simulator.

To make the best possible 360° shots of your surroundings, the most common solution is to use a tripod. BUT, we do not always have a tripod at hand which leaves us no other choice than to be our own human tripod. With HoloBuilder, you can level your uploaded photosphere afterward to the correct calibration or set a new origin for first opening the scene. 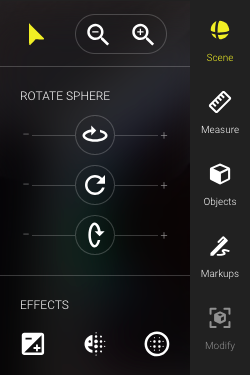 Level your photosphere with the calibration tool (see image below). Simply click on the ‘Rotate sphere’  buttons located in the right-handed working area under 'Scene' of the editor. Calibrate your photosphere on the x-, y- and z-axis for a straightened view.

To rotate the sphere on an axis, click and hold the button of the corresponding axis and drag the button to the left or right until your photosphere is leveled. Release the button and proceed as described before on the other two axes. See an exemplary adjustment in the image below.

Comparison of uploaded photosphere before (upper image) and after (lower image) leveling in HoloBuilder: 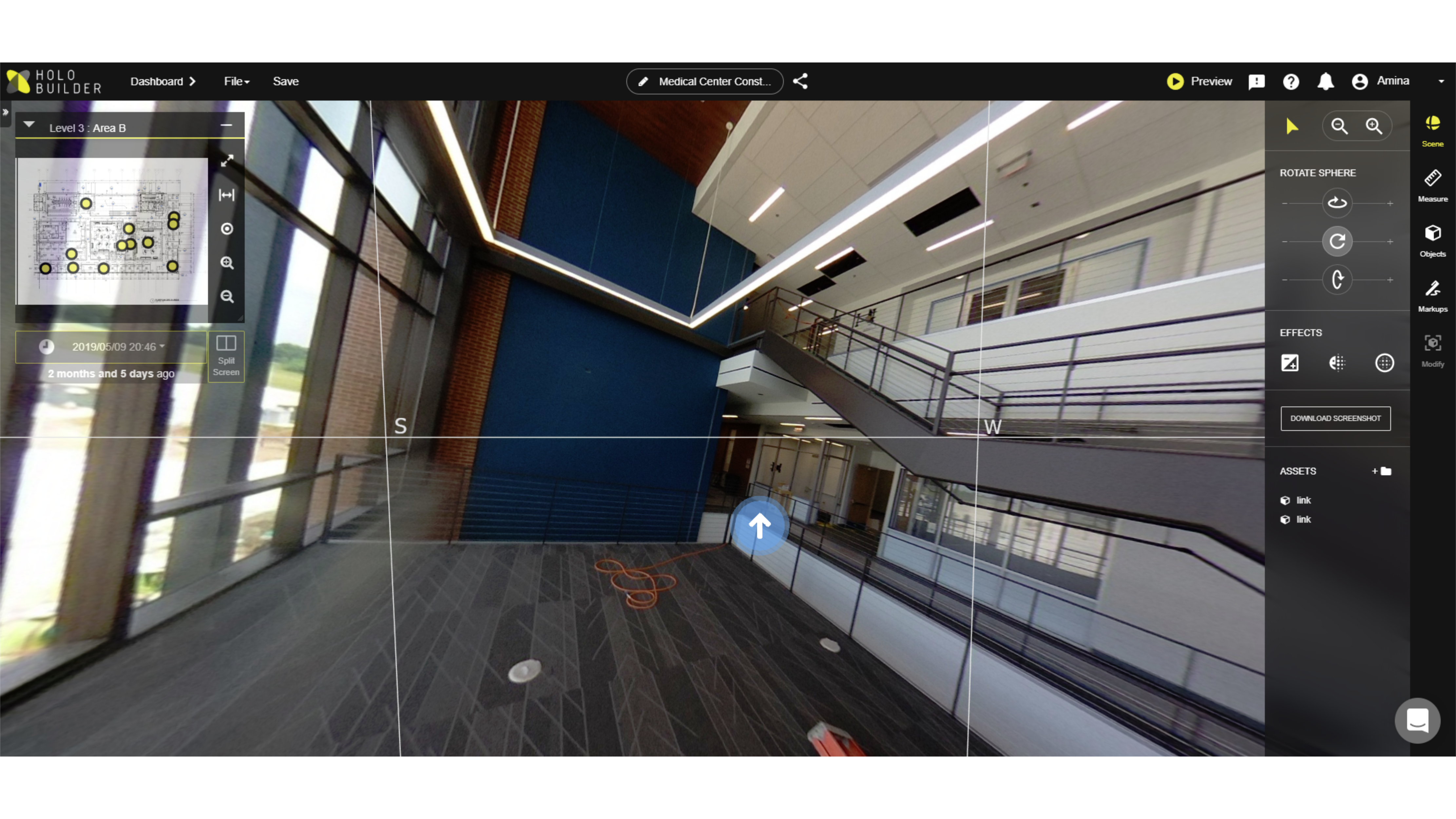 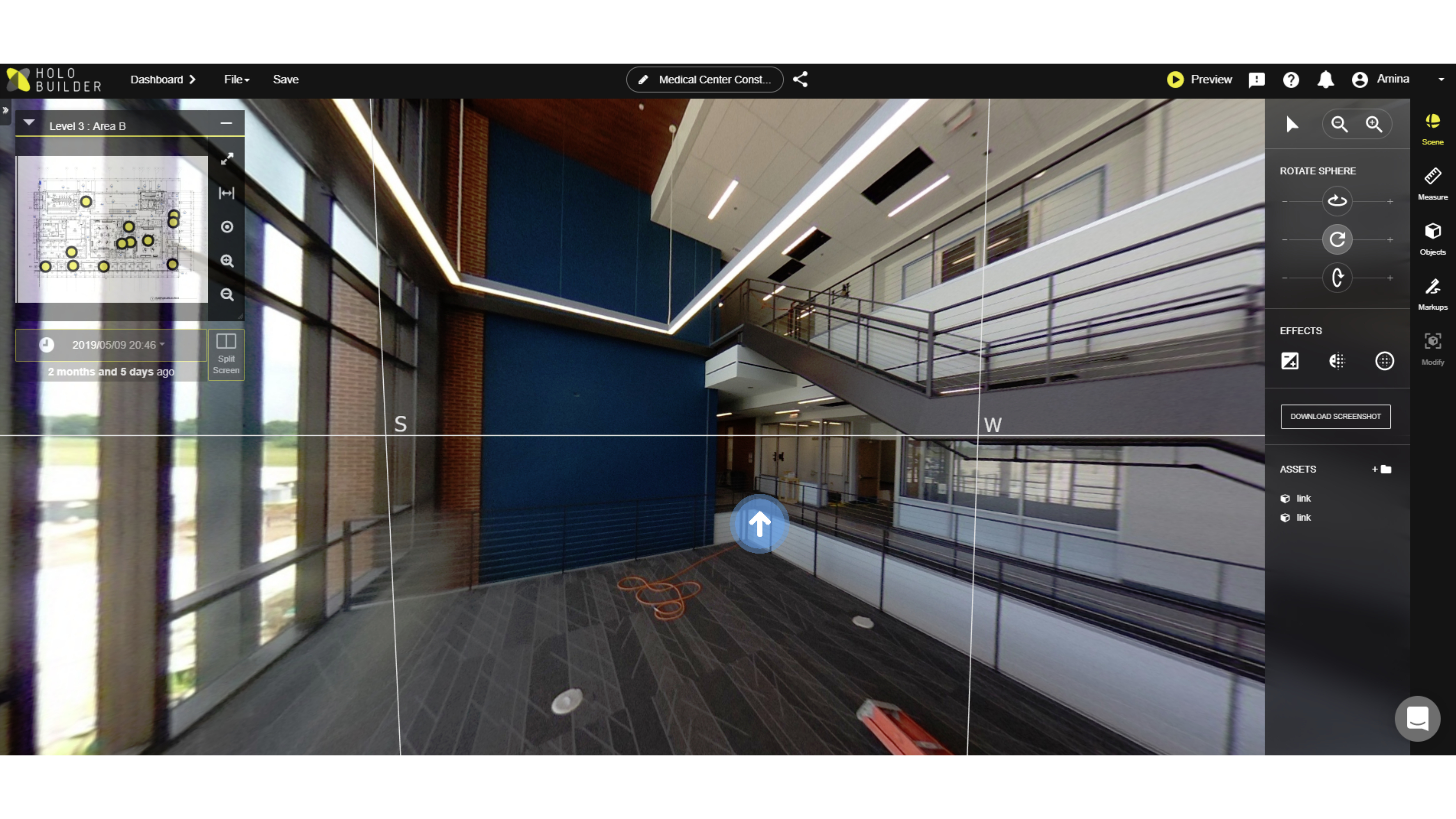