Set a default view to help you to set a fixed entry orientation for a 360° scene.

The default view can be set for any 360° image within the project panel on the left-hand side of the editor.

The tiny camera icon next to the preview thumbnail updates the slide preview with the view orientation you selected and sets this as the default view when the slide is opened. 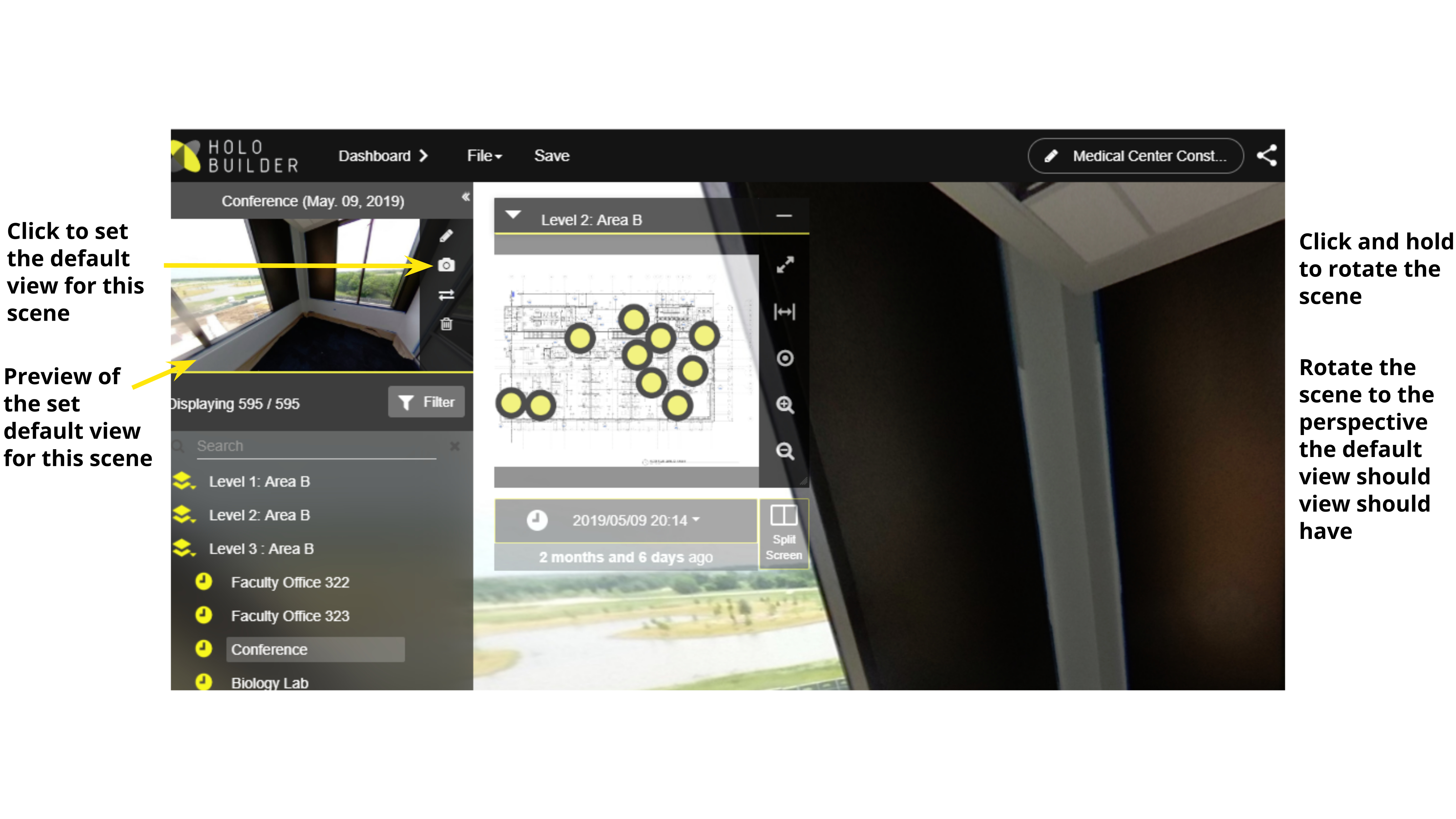 Find also below a GIF to better demonstrate the sequence for setting up a default view for a scene. To set a new default view for a 360° image that has already one, simply adjust the view and click once again on the little camera symbol next to the image preview.

2 The default view in the web player

In the player, the default view will only apply if switching the 360° image via the hotspots in the sheet map, the scene list in the project panel on the left sidebar or with the navigation panel at the top.

Note that, when switching the scene with the ‘Go to scene’ action object icon, the default view will not be applied. Here, the view will orient the image to the same ‘walking’ direction in relation to the previous 360° image to provide some orientation in the tour.

If you have any questions that are not covered by this tutorial, please do not hesitate to contact us at support@holobuilder.com! Any feedback, suggestions for improvements or for other tutorials are always welcome as well.