Add standard 2D images directly into a 360 scene from your mobile device on site.

1. Download a project to the JobWalk app or create a new project – Note that it is only possible to use the 2D image feature if the project has at least one 360° image.

2. Open a sheet within a project

3. Tap on the location marker of the 360° scene where you want to add the 2D image

4. Orient the scene to where you would like the image icon to be placed

5. Select the camera option on the right side of the screen
6. Take a picture
7. Click on ‘Use Photo‘ to confirm the picture, or on ‘Retake‘ to change it

8. The picture has been added to the photosphere. You will see the image action icon as an interactive placeholder.

1 Setting up the project

To be able to access your project to add pictures, you must first make sure that you have the desired project on the device on which you are running the JobWalk app. Open the JobWalk app and make sure that you are signed into your HoloBuilder account. Once you have done this, choose the desired project and select "Download full project". Allow the project to download and it will appear on the top half of your device.

Alternatively, you can create a completely new project or use a project that is already downloaded in the JobWalk app.

Please note that 2D images can only be added to existing 360° scenes. In order to use the 2D image feature, a project needs to have at least one 360° image attached to a sheet.

2 Adding a 2D image to a scene

Open the project and select the the appropriate sheet. Select the waypoint of a 360° scene in which you would like to add a photo.

Once you have opened the photosphere, pan around with your finger until you reach the desired spot where you would like to add a picture. Tap the camera icon on the right of the screen to open the camera. Your device’s camera will be activated and you can take a picture of what you would like to add to the photosphere. After taking the picture, you can either accept it and move forward, or discard it and take a new one.

The used photo will be added as an interactive icon in the 360° scene. 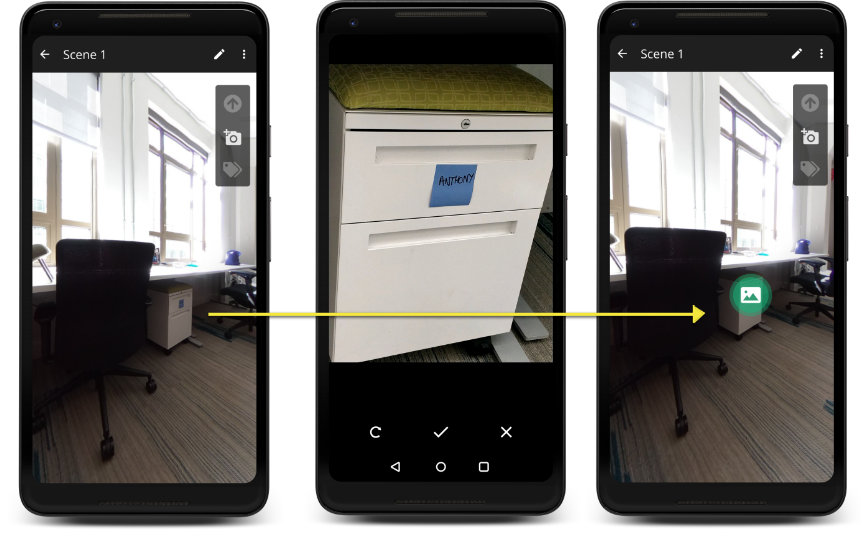 3 Viewing the image in the browser

Now that you have taken your photo, it will be placed as an action object in the location that you selected in the previous step. To be able to view this photo in HoloBuilder, return to the project page on the JobWalk app, and select “VIEW ONLINE” or view the project on the desktop with the share link. 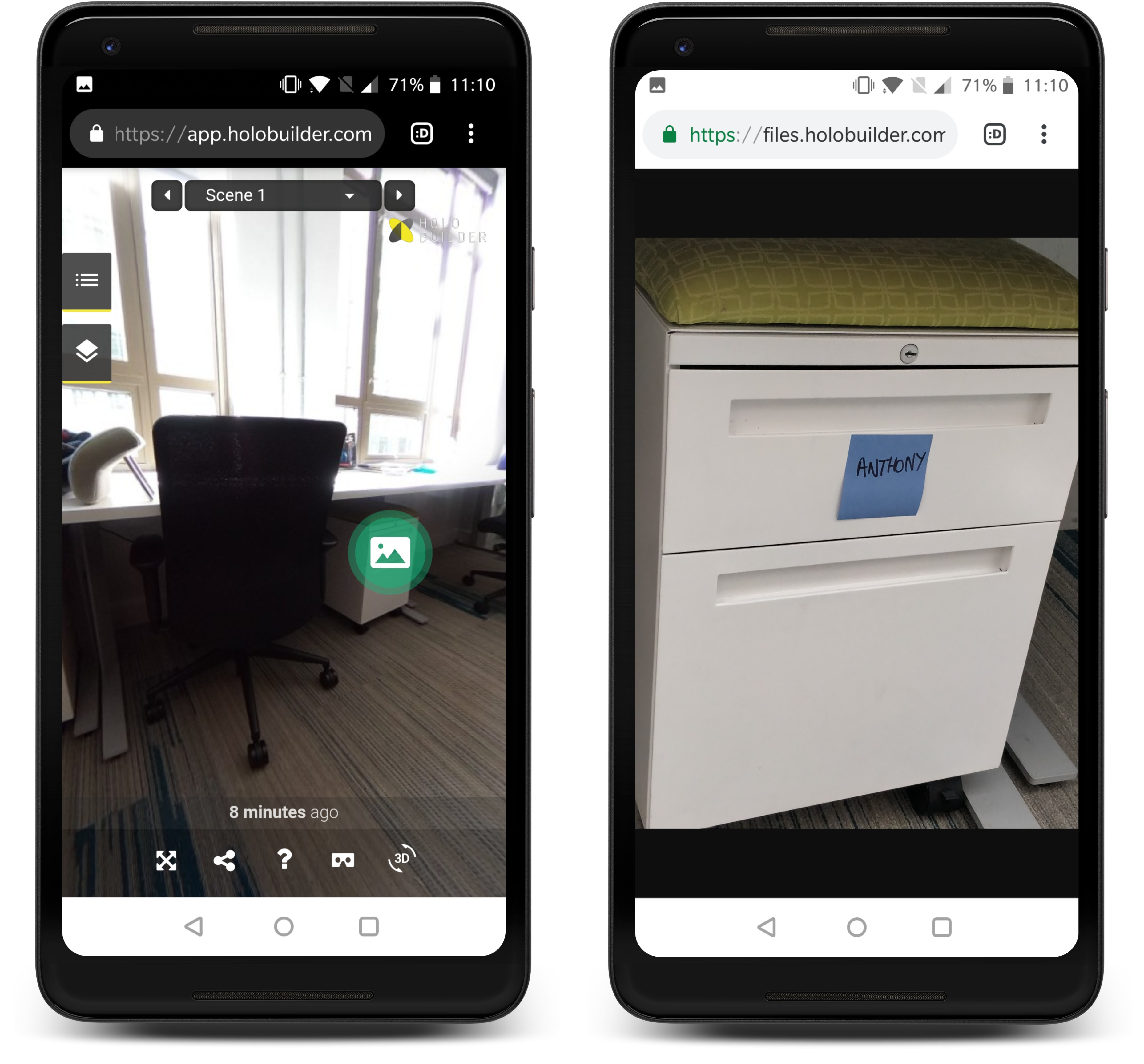 Learn more about adding contect in the JobWalk App
Did this answer your question?