Working with 360 Markups in the JobWalk App

Learn how to work with 360 Markups on-site with your mobile device.

HoloBuilder 360 Markups are annotations you can add to your 360° photographs. They can be used to visually highlight specific details or areas within a scene and can have a title as well as a descriptive text.

360 Markups can be be a very helpful tool when informing stakeholders about details within a project, and can also be used for advanced collaboration.

You can also learn more about how to work with 360 Markups in the Web Editor.

Adding 360 Markups with the JobWalk app

You can add 360 Markups in any 360° photo in your HoloBuilder project:

1. Open a sheet and select a waypoint of a location with a 360° photo to open it. 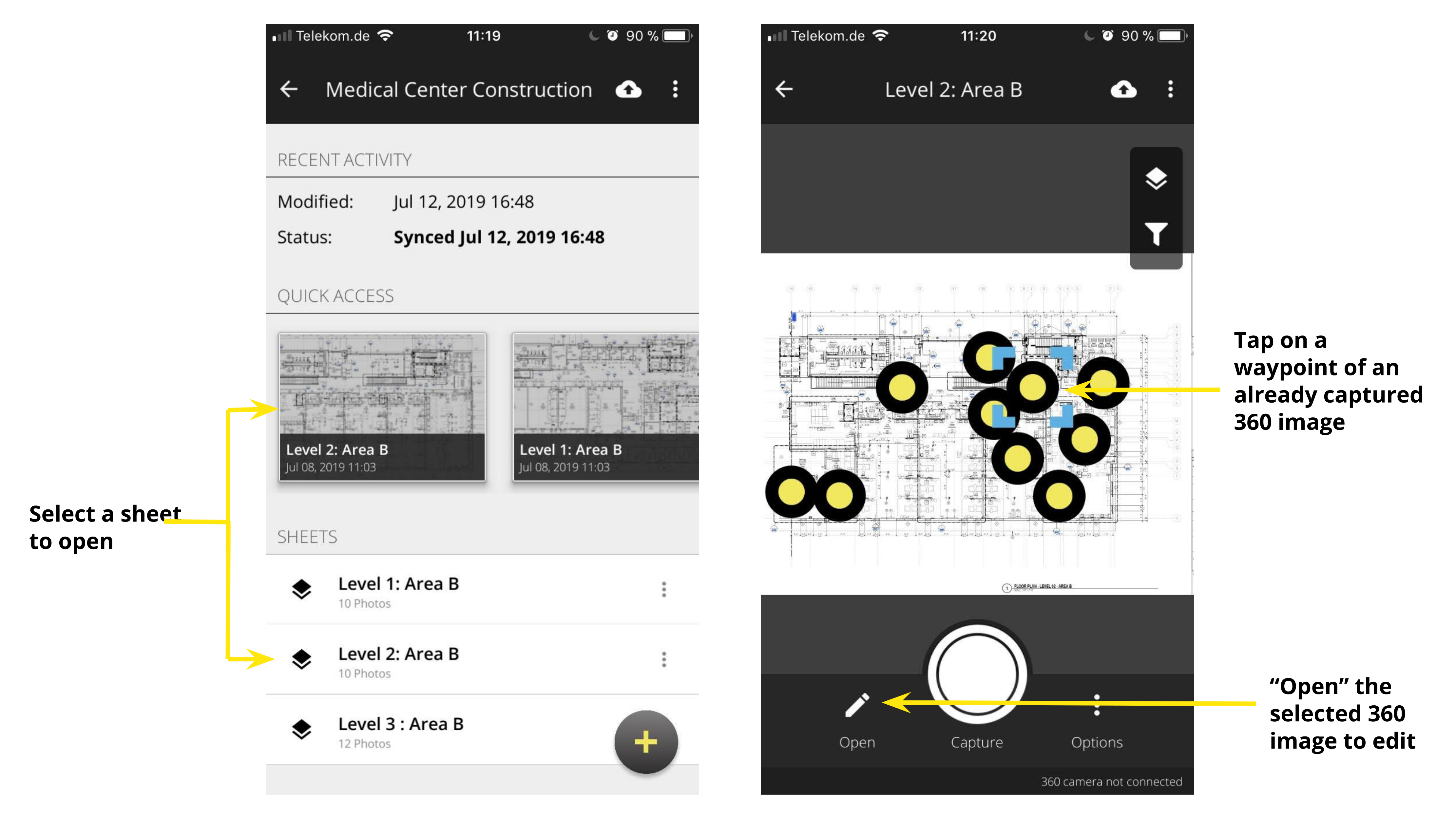 2. In the opened 360 image, rotate the view to the location you want to mark.

3. Tap on the small pen icon in the right-hand sidebar as pictured below (left). 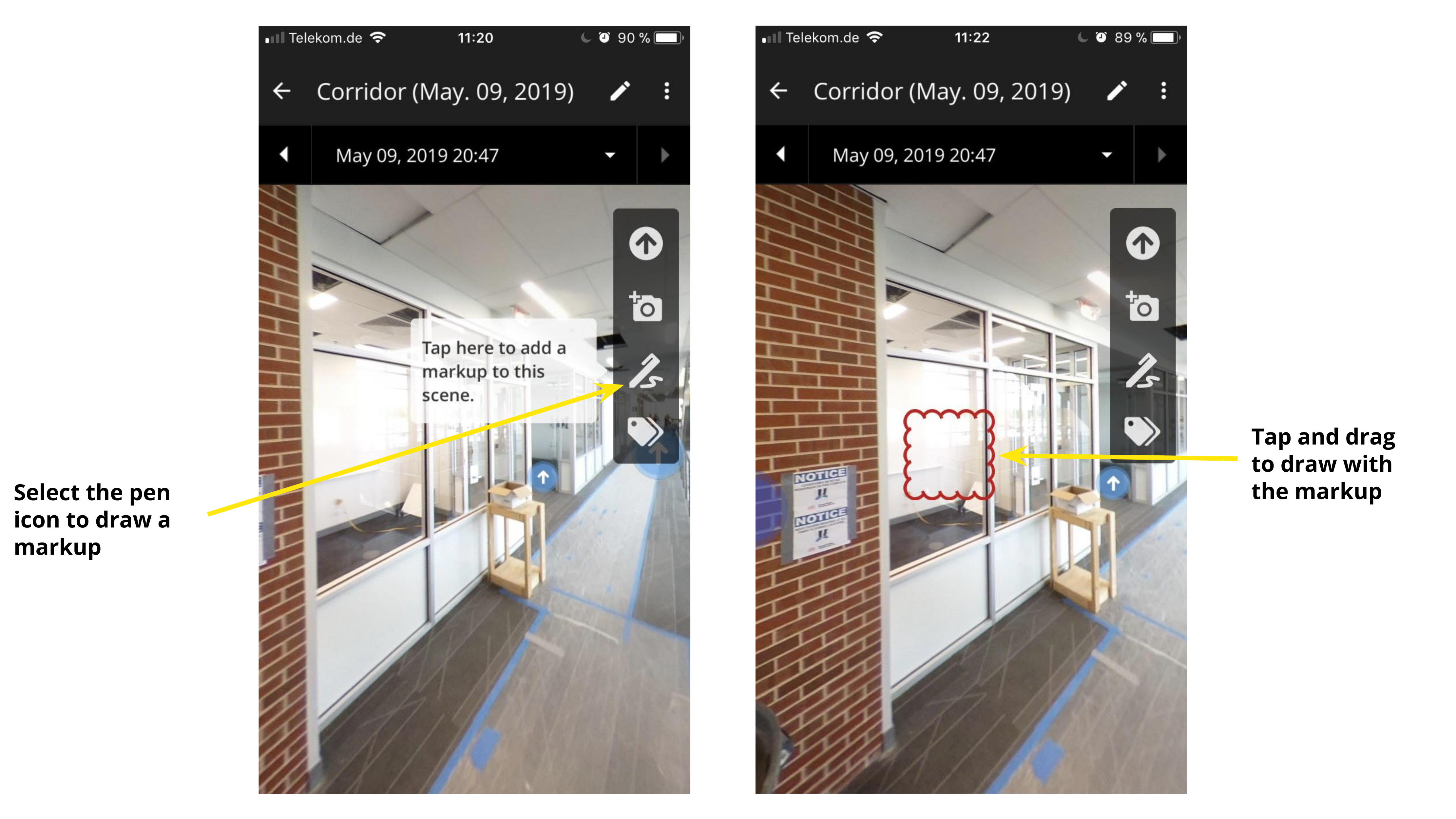 4. A dialog will open where you have to add the markup title and a description.

Tip: Use dictation to save time

When creating or editing markups you can often save time by using the dictation feature of your phone. All recent iPhones and iPads and most other mobile devices support this feature, refer to the user manual of your device when in doubt.

If you are using an iPhone, read more about how to use the dictation feature in the Apple knowledge base. 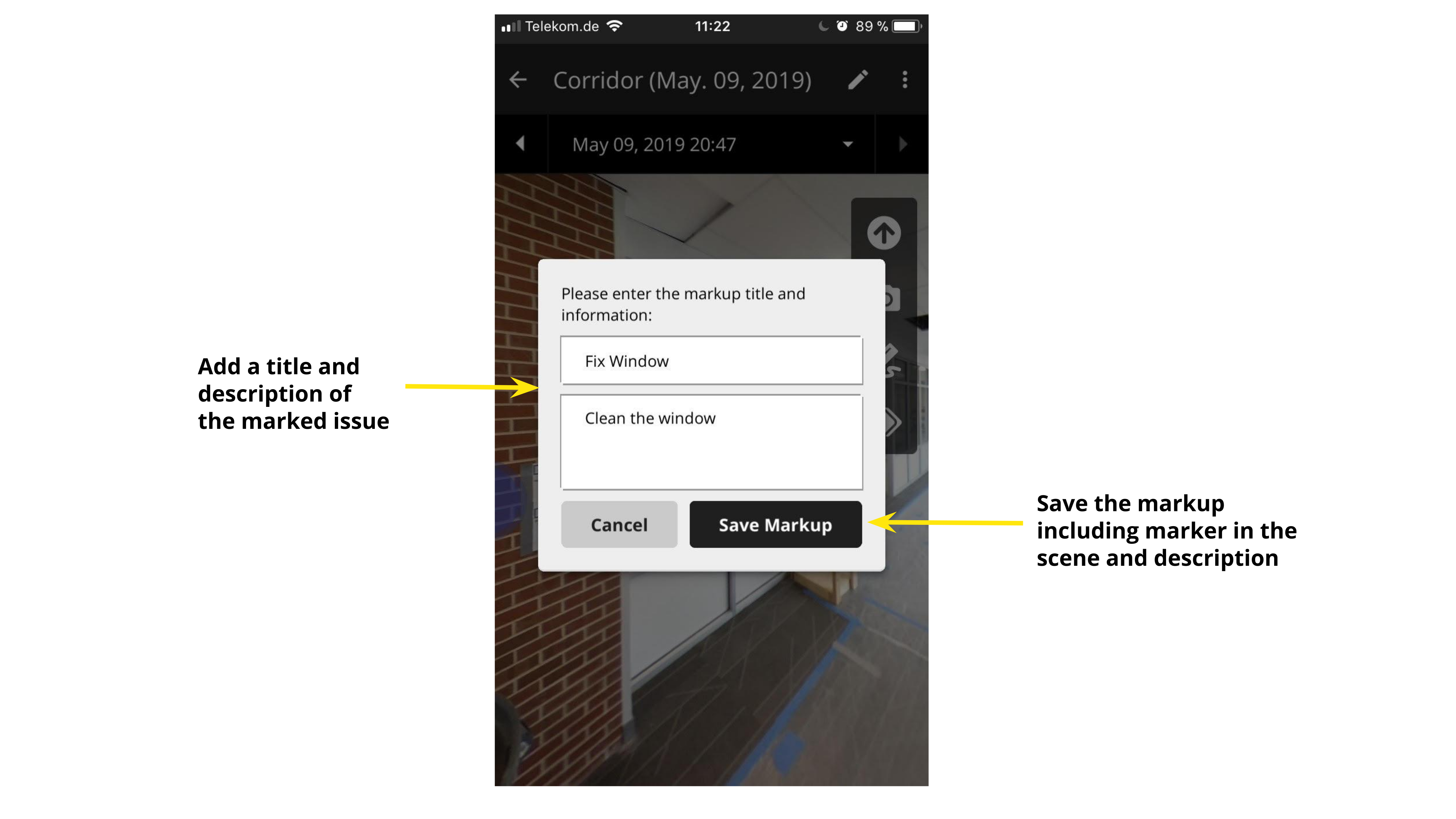 6. Once the 360 Markup has been created, you can drag and drop it to the desired location. Tap on the markup drawing and drag it through the scene.

Note: When tapping besides the markup, you can rotate the scene to move the markup further to one side or the other.

Please note that currently only the standard 360 Markups are supported within the JobWalk App. To make more advanced edits, please use 360 Markups in the Web Editor to e.g. integrate your issues with BIM 360 Field or Procore. Corresponding integration with the JobWalk app will be included soon.

Note: It is not possible to switch existing standard markups to integration markup issues afterwards. To sync a markup with an integration, the standard markup would need to be replicated accordingly in the Web Editor.

Edit or delete a 360 Markup in the JobWalk app

To edit or delete a 360 Markup simply tap on the 360 Markup. A menu will open at the bottom of the screen with the options 'Open' or 'Delete'. 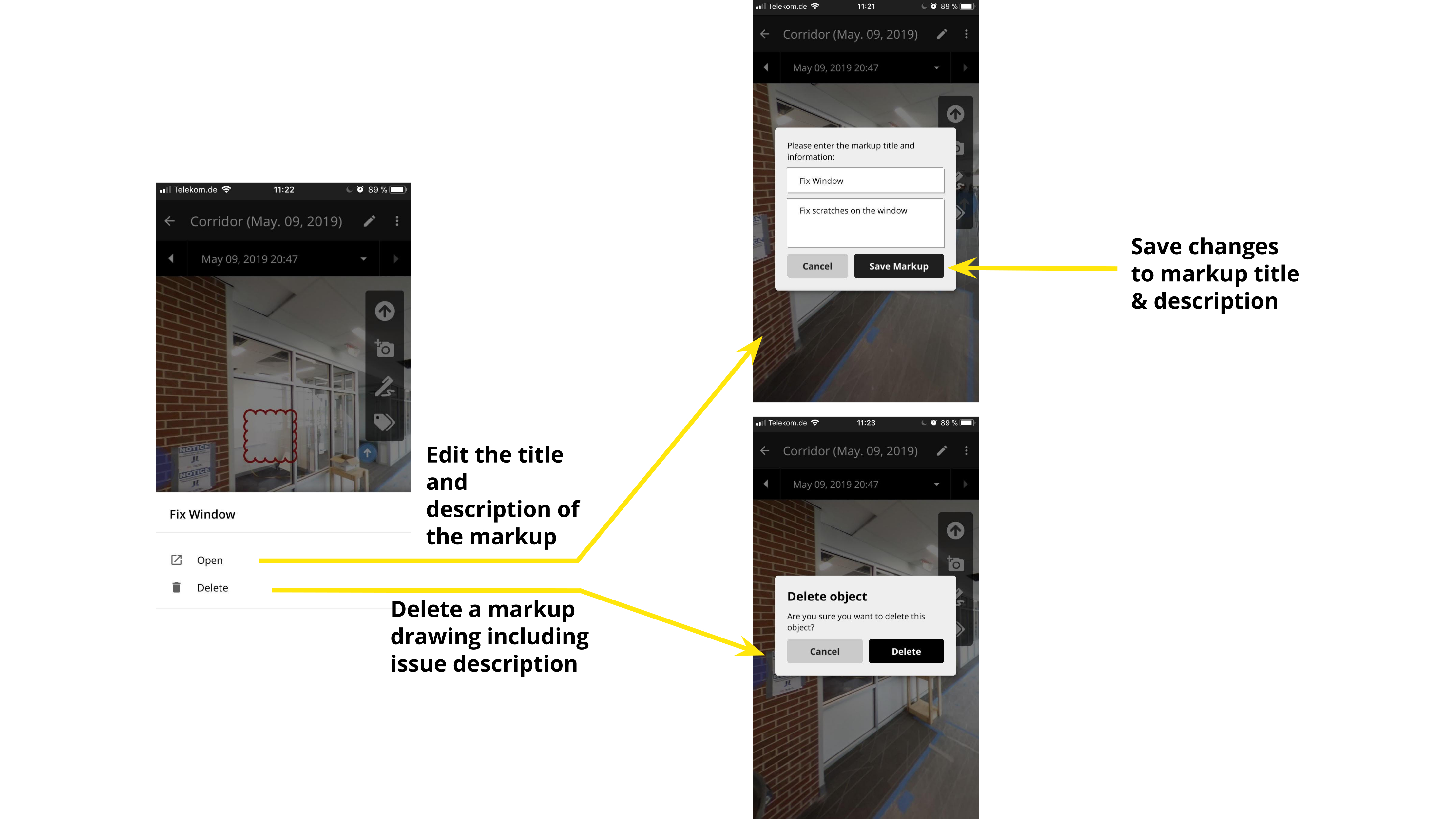 For more advanced editing capabilities, you can also work with 360 Markups in the Web Editor. Learn more here.

Learn more about adding contect in the JobWalk App
Did this answer your question?