How to add BIM 360 issues to your HoloBuilder project

Create BIM 360 issues directly in your 360° images to link them to the corresponding context inside your documentation in HoloBuilder.

Every issue you created from within HoloBuilder automatically contains a URL in the linked issue created in BIM 360. The link directs you to the affected area in your 360-degree documentation where you have marked the issue during your documentation with HoloBuilder. Anybody on the related BIM 360 project with permission on the HoloBuilder project can easily check the visual documentation for the related area of a created issue with a single click on the corresponding link in the BIM 360 ‍Field issues description ("Project name">Field Management>Issues).

1. To create a new issue for your BIM 360 issue tracker from within HoloBuilder, go to the scene you want to mark an issue in.

2. Rotate the view of the scene to focus on the area in question.

Please note that once you have the 360 markup tools expanded, you cannot rotate the view of the 360° scene anymore.

3. Open the "Markups" object menu in the left-hand side tool menu.

4. Choose the right markup tool for your purpose from the menu. Learn more about the available markup tools here. 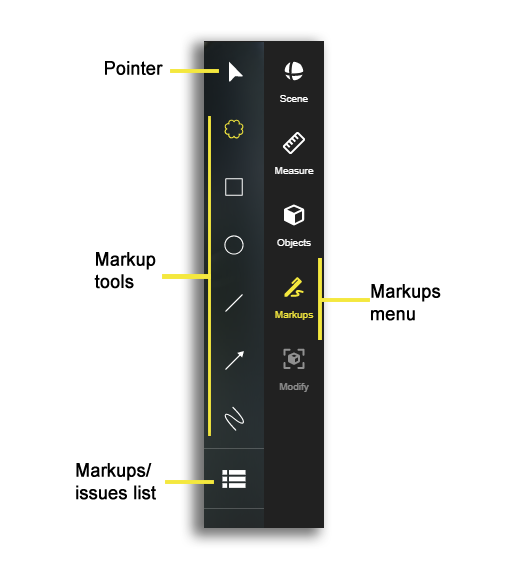 5. Click and draw with the selected markup tool in the 360° scene to mark a certain aspect in it.

Note: The location and orientation of the markup can still be edited later on if necessary.

6. Once the markup was created, the details overview will appear. In the field "Sync with", select "Autodesk BIM 360" from the dropdown menu.

7. In the details overview, fill in all necessary information. Use the "Show more..." option to fill in more details if required.

Note: Only the title and description of the issue are mandatory.

8. Save your issue markup.

Note: Only when clicking "SAVE", the issue specifications will be also forwarded to your BIM 360 project. You can now log into your BIM 360 account to access and work with the issue you have just created within HoloBuilder. In the issue in BIM 360, you will additionally find a link to open the exact location of your issue in the 360° tour for viewing.

To edit a BIM 360 issue created within the HoloBuilder Web Editor, you have 2 options:

1. Navigate to the markup/issue in your project and right-click on it to open the context menu. Select "Edit Markup Details". 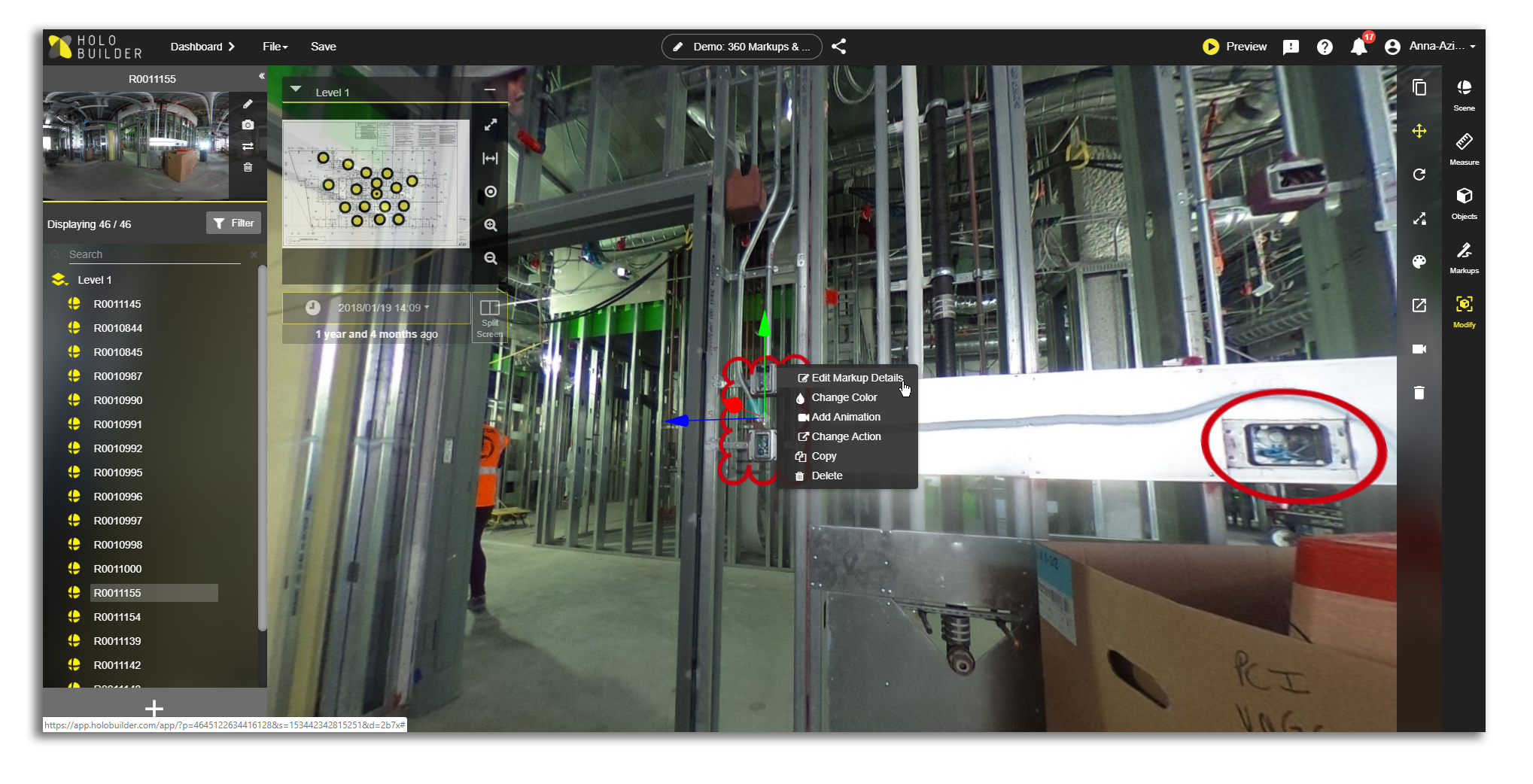 2. Open the Markups menu and toggle on the "Markups list" (list icon below the markup tools). A list with all markups/issues in the project will open. Search the list for your issue and click on the pen icon next to the "Title" or "Information".

In both cases the modal to view and edit the details of the issue/markup will show.

Note: Changes on the Markup in HoloBuilder will not be synced to the BIM360 issue.

In order to remove an issue, select the corresponding issue markup from the scene and click on the recycling bin that appears on the right.

Alternatively, you can open the context menu by right-clicking the markup and selecting "Delete".

Confirm if you are really sure you want to delete the selected issue.

Note: As for now, when deleting a BIM 360 issue markup within HoloBuilder, the issue will not be removed within the BIM 360 Field issue tracker. Make sure to also close or remove the issue in BIM 360 Field.

Learn more about working with the Enterprise Dashboard
Did this answer your question?