To get started for setting up your Samsung Gear 360 (2017), please download the JobWalk app to your mobile Android or iOS device and log in. You can learn more about how to work with the JobWalk app in the dedicated article.

Connecting from within the JobWalk app (recommended process)

Start the JobWalk App and download/update an existing project or create a new project. Add a new floor plan/sheet or select an existing sheet of the project. Tab on the sheet to place the first image. Follow the instructions below or on the app screen for setting up the corresponding camera connection for your Samsung Gear 360 (2017).

Connecting before starting the JobWalk app

Alternatively, it is also possible to first establish the connection of your mobile device with the camera and open the JobWalk app in a second step. This way you can directly start capturing on your project.  Simply follow the steps below for connecting to the Samsung Gear 360 (2017).
When editing an existing project, please make sure to have your HoloBuilder project downloaded/updated before connecting to the camera.

Only when the camera is connected via the internal Wi-Fi Network of the Samsung Gear 360 (2017) camera, you can use your smartphone with the JobWalk App to capture images on-site and place them directly on a sheet.

1. Before you start, please make sure a micro SD card is inserted. The micro SD card slot is located behind a small lid on one side of the Gear 360 camera.

Note: The JobWalk App will save the images in the app/to the cloud but the original file will always be saved to the camera. In order to have the camera work without any dispruptions, please provide enough storage on the device before capturing new progress on-site. 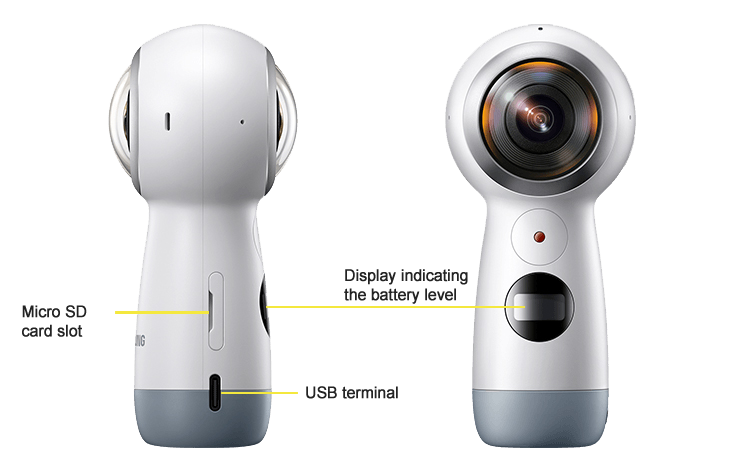 2. Turn on the camera by pressing and holding the power button on one side of the camera.

3. Press and hold the menu button until you see "Connect to...".

4. Press the menu button repeatedly until you see "Connect to Street View".

5. Press the trigger button on the front of the Gear 360 camera to confirm the selected camera mode and turn on the camera's internal Wi-Fi. 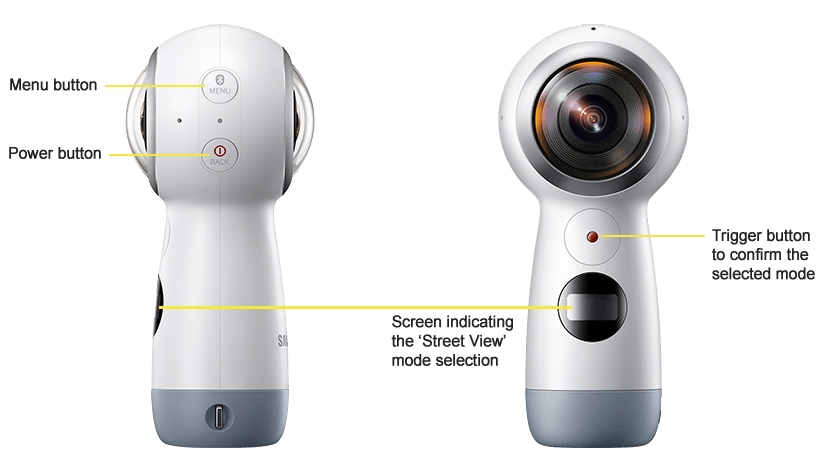 6. Open the Settings app on your mobile device and go to the Wi-Fi settings.

7. Connect your phone to the Samsung Gear 360's Wi-Fi network (which will end in ".OSC"). The default password is the set of 8 numbers shown on the second line of the camera display.

Note: When the phone is connected to the camera, you’ll see a first instructional screen of how to start capturing with theJobWalk app.

For more information on the JobWalk App and additional compatible cameras, please refer to the following tutorials:

See all compatible cameras for the JobWalk App
Did this answer your question?